There is no doubt about it, tax rules are definitely mixing things up for Canadians all across the board.  If you aren't familiar with what some of these changes are, and what you can expect, then this blog just might help you relax a bit, as long as you're not an Albertan making over $300,000 a year!  That's right, for those in this income bracket, you'll be paying much more in taxes, clearly more than anyone else.  Most Albertans will be paying right at 7.75 percent more in taxes than they have in years past. If you are a student, it's good to get a heads up on all this as well.

Furthermore, for those Canadians who are making $200,000, the newest rate of 33% will be applied to this income. It would appear that those who fall under $46,000 are the Canadians who will be reaping some of the more appealing benefits.  For families with children, these families will begin to see some relief in taxes and an increase on their paycheques beginning July 1 of 2016.

These additional benefits "Canada Child Benefit payments" are meant to decrease the financial burden so many Canadian families are facing across British Columbia and beyond.  Let's take a closer look at how some of these is going to be applied by the Federal government and how it really is going to play out for the long-term.

This new tax cut is definitely meant to help those in the median income brackets find some balance.  So, for those families with an income of $45,280 up to $90, 550--these are the ones who could gain the borderline benefits.  However, for those who exceed $90,550 and get upwards of $200,000, this bracket appears to be the one that is going to gain the maximum benefits from this new tax cut. Love to get some kind of tax cut or savings credit for taking holidays but looks like that's not happening any time soon.

In fact, they could see their taxes go down by $700.  This cut, is of course, more appealing when you look at it annually, but biweekly, this puts about $28.00 back into Canadians paycheques.  There are drawbacks on this new plan though, and this is where the disfavour comes in at. While the benefit works for the short-term, the long-term impact falls on Canadian pensions.

Some within the latter income bracket mentioned will actually max out their pension plan following this new tax plan, which might hinder retirement savings.  The contributions won't even be seen in the latter part of 2015, something that might actually hurt income for many Canadians across British Columbia .

Unfortunately, January any gains and benefits actually begin to disappear, so there is no real long-term benefit at all. When Canadians go to file their taxes for 2015, the Canadian Tax Revenue service has made the process much simpler by offering an automation service that fills in part of the tax return for Canadians.  This saves time and eases some stress, despite the new regulations and various changes.  Remember, the earlier you file your taxes, the sooner you can get on with the year!  Don't let tax fear control you, you might be pleasantly surprised this tax season. 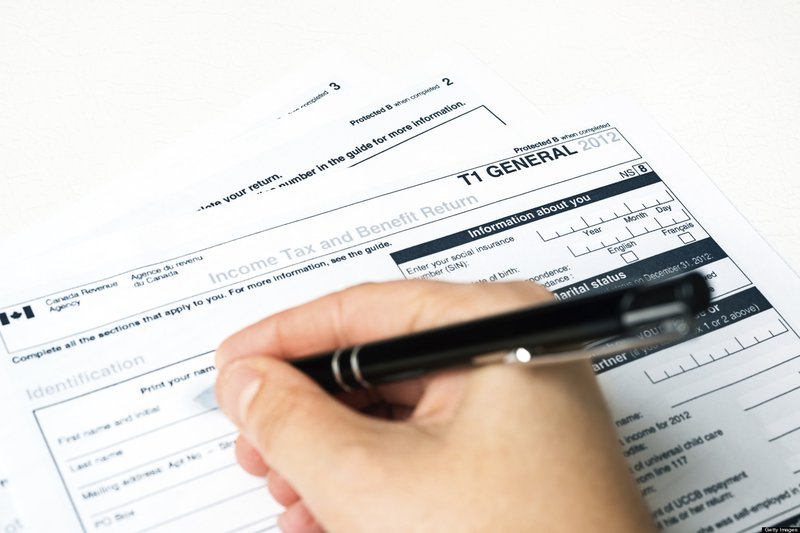 Visiting from the future? Check out My Canada Payday's other articles on the tax season:

How to prepare for the tax season in 2020

5 Ways You're Spending Too Much On Food